A David vs. Goliath turnabout in California wineries 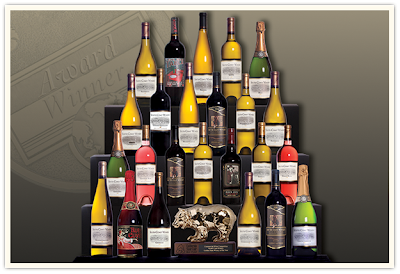 For the second year in a row, a winery from the Temecula Valley---which is midway between, and inland from, Los Angeles and San Diego---was judged the best in the state at the California State Fair.

You got it: that's California, as in the state that's home to the world-famous wine districts of Napa and Sonoma Valleys.

Temecula Valley's South Coast Winery Resort & Spa, which opened its doors just six years ago, again won the fair's Golden Bear Winery trophy, which goes to the winery that wins the most medals and awards at the prestigious wine competition. South Coast beat out more than 600 other wineries to capture the trophy, which in the past has gone to such well-known wineries as Kendall-Jackson and Geyser Peak (both in Sonoma County).

"With this back-to-back win, South Coast Winery continues to demonstrate to the world that Southern California's Temecula Valley is a quality, award-winning wine region," states Jim Carter, South Coast's owner and vintner. "While I am personally pleased with our performance, this win is not just for South Coast Winery. We are proud to share this prestigious accomplishment and the attention with the entire region."

Other Temecula Valley wineries that won gold medals and best of class awards at the California State Fair included Wiens Family Cellars, Maurice Car'rie Vineyard and Winery and Falkner Winery. Altogether, Temecula Valley wineries brought home 7 golds, 29 silver and 15 bronze medals from the state fair. No surprise, then, that the Valley's wineries are a significant contributor to the region's $600 million tourism economy.