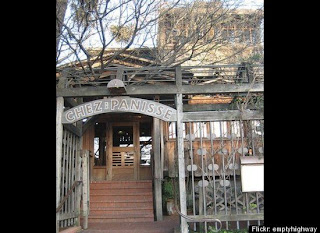 The Huffington Post is running a poll---in the form of a fact-filled slide show---that lets you vote for your favorite local foods city (from a field of 10).

"After researching the best local food in the United States," the poll's masterminds say, "we compiled this slideshow of our discoveries, focusing mainly on restaurants. However, thankfully, this list is far from comprehensive. There [are] so many exciting things happening in the good food movement, there is no way we could mention everything."

Well, the U. S. locale I would place on the list is on the list. That would be San Francisco/Berkeley, of course. However, I would amend that listing to include the entire San Francisco Bay Area. Sonoma County, for example, where I live, is a sizzling bed of locavore sensibility. The poll has a focus on restaurants, but it's hard to beat the eateries you'll find hereabouts: Healdsburg's Cyrus, which some believe is edging out The French Laundry as America's best restaurant; the sparely-elegant El Dorado Kitchen and the more casual The Girl & The Fig, both on the plaza in the town of Sonoma; Santé at the Fairmont Sonoma Mission Inn. I could go on all day about Sonoma County's eateries, ranging from expensively-glittering showboats to absolutely fabulous dives. But I'll spare you my zeal.

And I could do the same for Napa County, where the French Laundry lives and is surrounded by plenty of worthy competitors. Napa is also home to what some consider the world's best veggie restaurant, bar none: ubuntu (deliberate lower case).

For that matter, there are exquisite dining possibilities everywhere in the Bay Area. I still marvel over a sensational Nouveau Greek lunch I had at the Dio Deka in Los Gatos (Santa Clara County) more than a year ago.

At any rate, quibble aside, here are the 10 cities for which you can vote by going to the Huffpost poll. The first 5 are currently leading the pack: 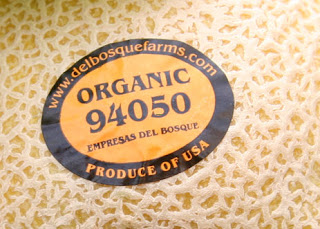 Those annoying stickers on fruit and veggies in the grocery store really do have a purpose. The numbers they're imprinted with---technically known as a Price Look-Up (PLU) code---let you know whether the produce you're thinking about buying is:

The PLU sticker system was originally developed to make check-out and inventory control easier for grocers. Instead of carrying dozens of constantly-changing fruit/vegetable prices in their heads, cashiers could simply key the sticker number into the register---et voila! You would be charged the correct price.
The stickers have a four- or five-digit number that identifies the particular fruit or vegetable. A four-digit number represents traditionally-grown produce, whereas organically-grown produce gets a five-digit number starting with the number 9. For example, the sticker on a conventional Granny Smith apple will bear the four numbers 4139, while an organic Granny will be labeled 94139.

There's also a third, little-used PLU option. A five-digit number beginning with an 8 indicates that the produce you’re holding in your hand is genetically modified. This option was dreamed up years back when industry insiders assumed that consumers would accept genetically-modified (GM) fruits and vegetables. We haven't, and grocers have thus not been in a rush to identify produce as being GM.
That doesn't mean we're not consuming it. Currently, up to 45% of U.S. corn is genetically engineered, as is 85% of soybeans. Estimates are that 70-75% of processed foods on supermarket shelves---from soda to soup, crackers to condiments---contain genetically engineered ingredients. This past June, the Center for Food Safety delivered more than 20,000 individual comments to the USDA demanding that the agency strengthen oversight of GM crops to prevent contamination. Read more on this topic.
But I digress! Back to PLU stickers...
For your use, here are:

Email ThisBlogThis!Share to TwitterShare to FacebookShare to Pinterest
Labels: How To Tips

Home Chefs: Win a trip for 2 to Thailand

Attention all foodies, gourmands and gastronomes! Home Appliance leader LG Electronics and Bon Appetit magazine have just announced an official call for entries in the "Taste of Something Better" recipe contest and cooking competition.

The contest celebrates original recipes from amateur chefs across the nation (no professional chefs allowed), challenging top entrants to a cook-off in the LG kitchen at the Bon Appetit Supper Club & Cafe opening in New York City this September. The cook-off's winner will then participate in LG's "Life Tastes Good" global cooking competition in Thailand in November.

Prizes for the contest:
"So much about cooking is about creativity and passion, so we are delighted to partner with LG to encourage every-day chefs to flex their culinary muscle, whether it be a new twist on an old favorite or their very own creation," added Jonathan Lindenauer, Bon Appetit Chef de Cuisine and a participating competition judge.

The contest will accept entries starting tomorrow, August 5. The deadline for entries: August 31, 2009. Click here to obtain complete details and enter your recipe.
No comments: