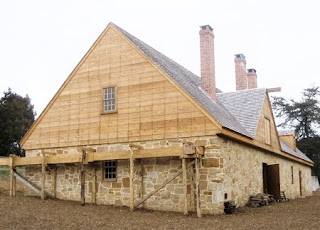 George Washington Distillery (Photo: Shanon Bell/Discus)
Tomorrow, for the first time in more than 200 years, a limited edition of Rye Whiskey made at the distillery owned by America's first President, George Washington, will go on sale to the public. The whiskey was also made with Washington’s personal recipe: 60% rye, 35% corn, and 5% barley.

When constructed in 1797 on the grounds of Washington’s Mount Vernon property, it was, at 2250 square feet, the largest whiskey distillery in the young nation. It operated five copper pot stills throughout the year, whereas the average distillery utilized one or two stills only one month out of twelve. It was a money-maker, too: in 1799 the distillery produced 11,000 gallons of whiskey, then valued at $7500 (today worth about $120,000). As Washington wrote to his nephew in 1799, “The demand [for my whiskey]…is great.” 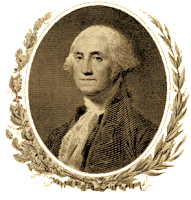 Washington's Distillery burned down in 1814. It wasn’t until the mid-1990s that archaeological and historical research was conducted on the site, thanks to an agreement made between the Mount Vernon Ladies’ Association and the State of Virginia. The now-reconstructed distillery is largely faithful in appearance to the original, with hand-finished wood and hand-wrought nails and hardware used throughout (18th century tools were utilized in the construction, too). It’s a working distillery, the only site in North American authentically demonstrating—down to costumes on the distillers—the way in which whiskey was distilled in the 18th century.

The 2009 whiskey is expected to sell out quickly tomorrow. But don't despair if you can't be on hand! In the future, small bottles of whiskey distilled on-site will be on sale at the George Washington Distillery and Gristmill as well as at the Mount Vernon Estate. Profits benefit Mount Vernon's educational programs.

By the way, the George Washington Distillery is considered to be the gateway to the American Whiskey Trail, a cultural heritage and tourism initiative that provides a “spirited” look at whiskey’s long and exciting history in the USA. Located three miles from Mount Vernon, the Distillery is open daily from April 1 through October 31.