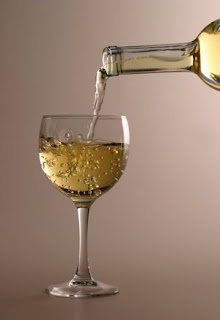 My friend Bob Ecker, a wine (and travel) journalist, recently conducted a month-long tasting of more than 120 Chardonnay wines. His goal was to seek out the “killer” Chards—the best of the lot. “I had slowly built up a desire to do this,” he told me. “Chardonnay is sometimes maligned, and I just wanted to see for myself what’s out there in Chardonnay Land.”

A much-published wine writer, Bob put out a message to his contacts and the bottles were soon rolling in. Instead of judging the wines in a clinical fashion, as he often does in formal tastings, he decided to take a different approach: “I wanted to taste in real settings and at different times of the day," he said. "I wanted to experience wines at all price points. I wanted to try the wines just like someone would at home, in a restaurant, at a bar, beside the pool.” So, according to an article he wrote, “that meant Chardonnay for breakfast, lunch, dinner and dessert.” It also meant serving lots of Chardonnay to guests, and once he showed up at a party with 16 bottles of the stuff.

Bob’s goal all along was to find the wines that best represented aspects of the Chardonnay ideal.

“My theory about judging wines is really simple,” he told me. “I think wines should be judged like dog shows. At the end of a dog show you’ve got five or six winning dogs—they’re all good, but they’re different. They’re not competing against each other because, hey, they’re different sorts of things. And each is the pinnacle, the absolute ideal, of whatever that thing is.”

An interesting aside: Bob’s original intention was to select an international group of Chardonnays, but the wines he received from Chile, Argentina, France, Australia, New Zealand, and South Africa didn’t make the cut. In the end he chose all California wines (from Alexander Valley, Carneros, Livermore, Mount Veeder, Napa Valley, Russian River Valley, Santa Cruz Mountains, and Santa Lucia Highlands). Fifteen Chards made the top-level “Killer California Chardonnay” list; and there were 10 Honorable Mentions. You can see the entire list, with notes, in Bob’s article, Killer California Chardonnays.

I asked Bob to recommend a Chardonnay under $15 that would be perfect for a light meal on a nice summer day. He suggested two that he considered to be of great value:
Well, it's a rotten job, Bob, but I guess somebody's got to do it! Invite me when the Zins start flowing.