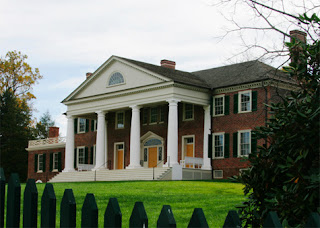 Here’s something for the history-loving travelers out there: archaeologists at Montpelier—the Virginia home of America’s 4th President, James Madison—recently discovered portions of two chess pawns. Historians believe they’re from the same chess set used by Madison and his neighbor, Thomas Jefferson, during their frequent and lengthy chess matches. 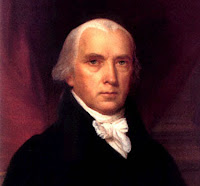 That news got me to thinking about that beautiful and history-laden part of the world. Nestled into the Blue Ridge Mountains, the Charlottesville area is home to the University of Virginia (a World Heritage site); the homes of three presidents (Thomas Jefferson's Monticello, James Madison's Montpelier, and James Monroe's Ash Lawn-Highland); 1784 Michie Tavern, where the menu is based on 18th century recipes; a great many charming inns (some on the National Historic Register); and much more.

On my two previous trips here I stuck around for merely a day--long enough to see the highlights of Monticello, but that's about all (to really delve into Jefferson's amazing home, gardens, inventions and various out-buildings requires at least two days). I didn't have time to see Montpelier or Ash Lawn-Highland, to peruse the menu at Michie Tavern, to wander trails where Jefferson might have walked, or to do a host of other things I would have doubtless enjoyed.

Now I have an excuse to return: the “new” chess set at Montpelier. It's displayed in the drawing room, along with an in-progress round of loo (a game similar to Hearts and favored by Dolley Madison), on the Madisons' original gaming tables.

Montpelier has recently undergone a remarkable $25 million architectural restoration, and the place is apparently in stunning condition. Daily guided tours are offered, and there’s a lot to do on your own—strolling through the gardens and forests; browsing historic artifacts in Grills Gallery; taking in period cooking demonstrations in the outdoor kitchen (where you can try your hand at churning butter); standing in Madison’s beloved Temple...

Maybe I'll see you there sometime this spring...? 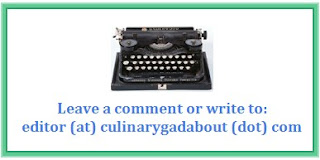