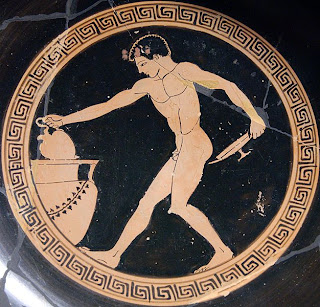 As we know, wine is popular. What most of us don't realize is just how popular wine has always been. Did you know that wine jars buried with Tutankhamen were labeled with such detail that they could meet today's wine labeling laws? There's much more, so read on.

I am indebted to the website Random History for these fascinating facts about wine.