Will and Kate to visit California in July 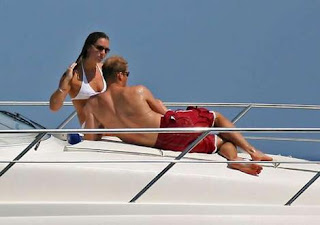 The young Duke and Duchess of Cambridge are making their first official visit to California on July 8-10, during what California's Travel & Tourism Commission (CTTC) is gleefully calling "The Royal Summer."

While the newlyweds will touch down on California soil for a mere three days, the market-savvy execs at CTTC know a good thing when they see it.

“We are thrilled to welcome the royal newlyweds to California this summer,” said Caroline Beteta, the CTTC's President and CEO. She considers the visit a "once-in-a-generation occasion."

With admirable marketing acumen, the CTTC is making the most of the royal visit, launching a global “Three Days Isn’t Enough” campaign in June and August to encourage the royal couple (not to mention travelers around the world) to take an extended visit throughout the Golden State. As the press release states:


The Royal Summer is a statewide celebration and collaboration among California’s travel industry partners and destinations around the state. Be it following in Will and Kate’s footsteps, embracing their active lifestyle or booking a holiday fit for a king, travelers can enjoy California’s diversity and abundance with a distinctly regal twist throughout July and August. Hotels, attractions and venues statewide will be offering special Royal Summer packages and playfully-themed experiences, giving everyone the opportunity to bask in the royal afterglow. From over-the-top luxury and British-inspired to value-driven and quirky, the People’s Prince and Princess, as the down-to-earth couple are often referred to, would surely approve of the inclusive nature of California’s Royal Summer.

No details yet about packages, because the news of the visit was just released over the weekend. But you can bet that hotels, restaurants and even amusement parks are scrambling like mad to come up with Royal Visit Specials.

For updates about the "Royal Summer," go to VisitCalifornia.com. While there you can also download a free copy of the California Visitor's Guide.