Another first for the Robert Mondavi Winery 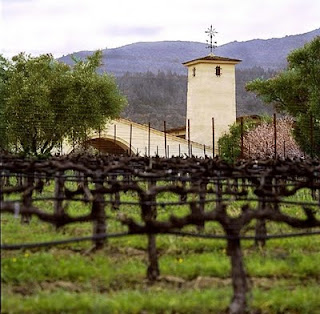 Here’s something new from Wine Country, a streamed-round-the-world birthday toast to Robert Mondavi. A same-day Open House at the winery includes live music and a free glass of wine. And there’s more.

Details straight from the press release:

WHAT: Together with the entire staff of the Robert Mondavi Winery, Margrit Mondavi and Genevieve Janssens, director of winemaking, will celebrate Robert Mondavi’s birthday on Friday, June 17, 2011, with a special open house and global toast at the winery in Napa Valley, which is open to the public. The occasion honors the vast contribution the late vintner made to the California wine industry. At 2 pm, the winery will join together for a global toast to Mr. Mondavi, streamed world-wide on the winery’s Facebook page via livestream.

All visitors to the winery on June 17 will receive a complimentary glass of Robert Mondavi Winery 2009 Napa Valley Fumé Blanc. There will be live music from 12:00-5:00pm.

WHO: Margrit Mondavi and Director of Winemaking Genevieve Janssens, with winery staff, friends, and colleagues.

WHERE: Robert Mondavi Winery, located on the west side of Highway 29, just north of Oakville Cross Road in the heart of Napa Valley. And worldwide via the internet.

WHY: Robert Mondavi’s pioneering vision placed California wines among the finest in the world and made them an integral part of a gracious lifestyle. On June 17 friends and fans from around the globe will gather to celebrate his passion and vision by raising a glass and sharing the stories that created his legacy.  (Although the toast and celebration is on June 17, Robert Mondavi’s birthday is on June 18.)


==========
Want to learn more about Robert Mondavi? Read him in his own unvarnished, often surprising, words:


Harvests of Joy by Robert Mondavi

From Publisher's Weekly: In 1965, Mondavi and his brother were doing well running the Charles Krug Winery, which his family had bought some 20 years before. He was 52, hardly the age to start grand schemes such as an entirely new winery; and by his own admission, he's something of a monomaniac, which obviously helped him to establish Robert Mondavi Vineyards, a powerful and revolutionary force in the American wine industry.

This book is a fascinating blend of autobiography and the story of how a nascent winery became a formidable challenger to the greatest names in wine making the world over. It assuredly has a place in the Mondavi marketing strategy of educating potential customers about wine. Mondavi also fashions himself a homespun Peter Drucker, dispensing advice on achieving excellence and management success.

Despite occasional efforts to acknowledge his overpowering ego, Mondavi is portrayed as a thoroughly driven, egocentric individual who has destroyed much on his road to success. Yet the descriptions of his parents and their immigrant life, the transformation of Napa Valley from sleepy backwater to tourist and boutique winery haven, his relations with many celebrated names in wine and the insider track on 50 years of the American wine business are well worth reading. Buy Harvests of Joy: How the Good Life Became Great Business