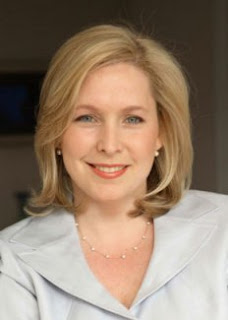 
Gillibrand's bill aims to reduce "all high-risk pathogens" as well as all unregulated strains of E. coli found in the meat supply "that have been proven to cause food-borne illnesses... How many more outbreaks will we allow, and how many more lives will we lose, before we wake up and take real action," said Gillibrand in a statement Tuesday. "We've known the hazards of E. coli for years. It's time we get serious, and keep contaminated food in check before it ever reaches a grocery store shelf or kitchen."

According to Gillibrand's office the bill would require plants that produce the cuts and trimmings that make ground beef to test their products regularly before it is ground and again before all the components are ground together.

Under Gillibrand's plan, habitual violators have to be listed on a public website and any slaughterhouse or processing establishment that produces or distributes trim with positive E. coli test results for 3 consecutive days, or more than 10 times per year, will be deemed a "habitual violator."

It's about time someone in Washington is willing to go against the powerful meat lobby to require such regulations. Unsanitary conditions in many U. S. meat plants has resulted in E. coli outbreaks on numerous occasions. Outbreaks of illness and even death have been directly traced back to offending factories, but regulations still don't get put on the books.

To learn more on this subject, read the Culinary Gadabout's October 5, 2009 post, or view a shocking NYT video entitled Tainted Meat: The Sickening of Stephanie Smith (about 10 minutes long).