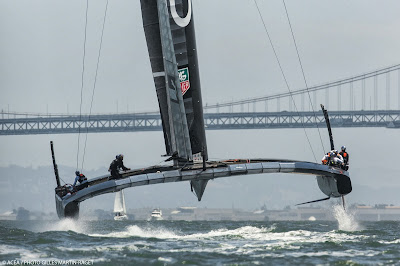 The 2013 America’s Cup was a revolution in the sport, bringing the racing to the fans and then delivering fantastic 50 mph boats, enthralling racing, ground-breaking television graphics and the sports comeback story of the century.

Here are the numbers behind the event:

Email ThisBlogThis!Share to TwitterShare to FacebookShare to Pinterest
Labels: Events